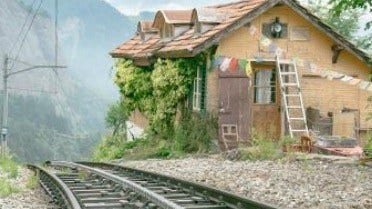 Farming & Sawmilling in the Swiss Alps

In order to interview Mr. Hutter for the article and video, we packed all our video gear onto the train and began the ascent of Mount Rigi. Known as a ‘cogwheel’ train, the train rests on tracks like any other, but has an additional gear that attached to a cogged track between the two smooth ones. The gear locks into this cogged track, pulling the train up the unusually steep mountainside railway to the summit of Mount Rigi.