One LT15 Produces Timber for 50,000 Beehives in Zambia

John Enright was born to Methodist missionaries, and has spent his entire life living and working in Congo and Zambia – as a pastor, teacher, pilot, and pioneer of sustainable economic development projects.

The Enrights were forced to flee Congo at the beginning of the war that began in 1998. They rebuilt their ministry near Ndola, Zambia, where they run an informal vocational school, children’s school, and pastor’s school, among other varied programs. 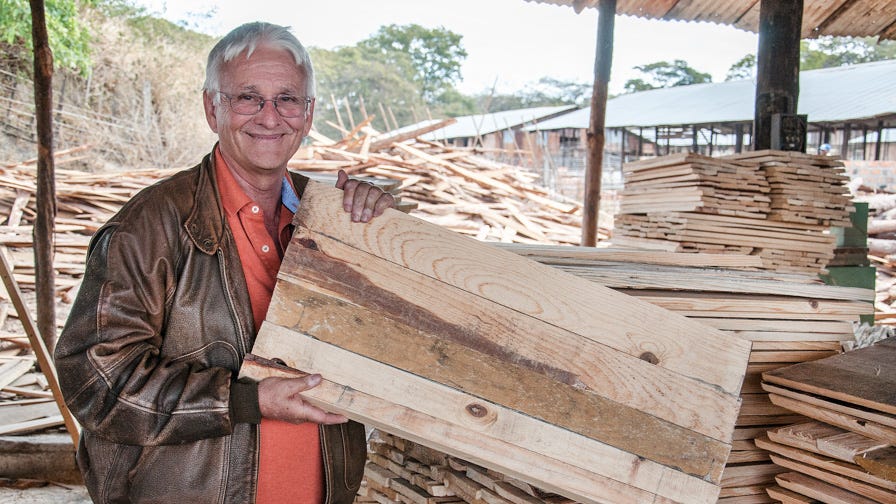 John works alongside locals to build businesses that are profitable, reproducible, sustainable, and are not wholly dependent on his future involvement. Starting with an initial concept, John and his colleagues develop the business idea themselves, working to create a solid model. John’s successful business projects so far are Tilapia fish farming, growing aloe vera, banana plantations, livestock, and a woodworking shop. 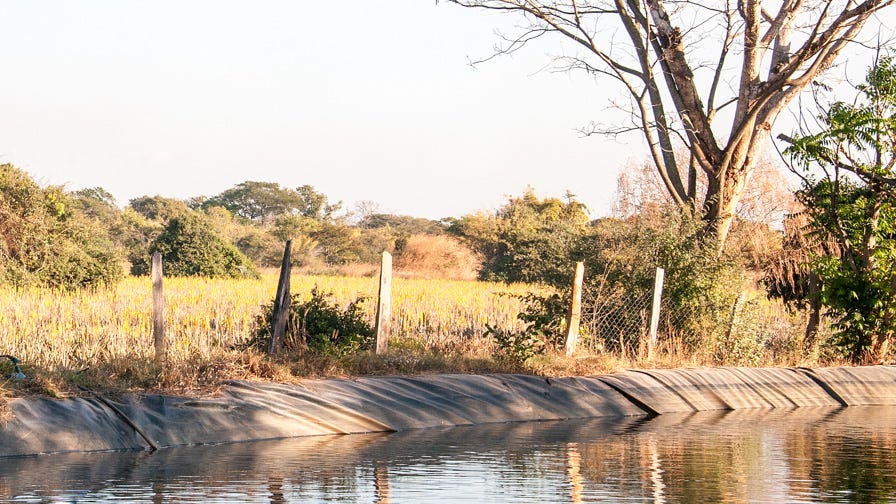 Although John has experienced success with the above projects, his honey project is defying all expectations for growth. The project is based on a co-op business model, and produced 100 tonnes of processed honey in 2014, with 200 tonnes estimated in 2015.

Interestingly, the idea for the honey project grew out of the woodworking business.

“Starving villagers are far removed from the world wide environmental debate,” John reminds us. “They are forced to find every means possible of feeding themselves and their families. In order to convince the Zambians to preserve the forests and natural resources, we must demonstrate how it is their best interest, both long and short term, to preserve the world around them.” 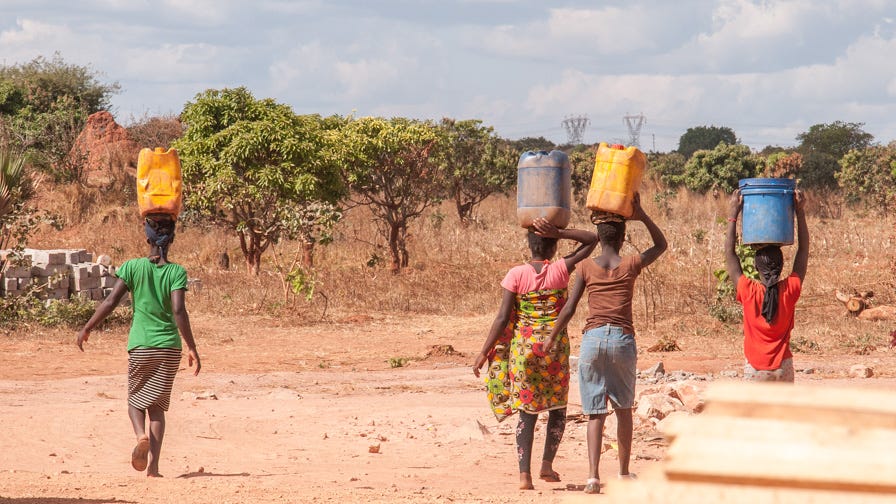 Another complication is that finished timber for use in construction or woodworking is traditionally processed by a few large and inefficient sawmills running outdated equipment. Poor infrastructure makes obtaining timber difficult and expensive for locals that lack disposable income.

In the early 1980’s, the inventor of the Wood-Mizer portable sawmill, Don Laskowski, donated a sawmill to John’s mission work. John was able to establish a small workshop to produce local timber, doors, and windows that were affordable to the community, thus demonstrating that wood is a valuable resource people in Africa can use to better their lives significantly, without resorting to exporting the logs or converting them into charcoal. 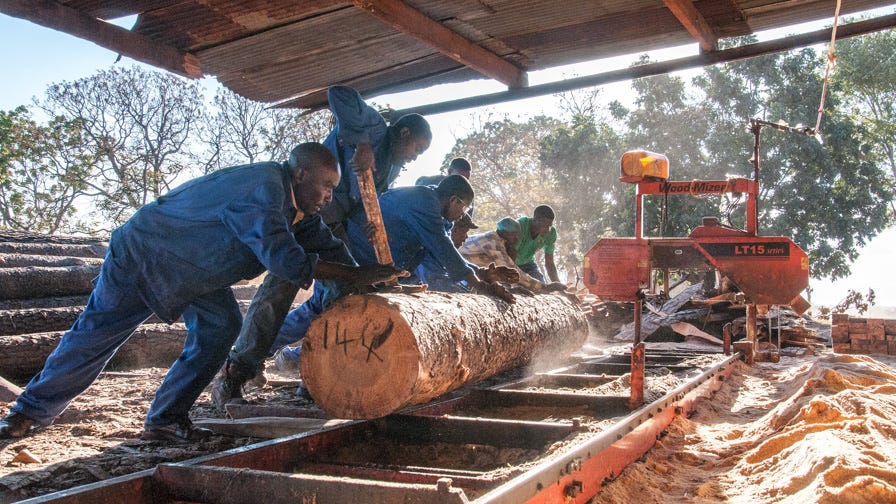 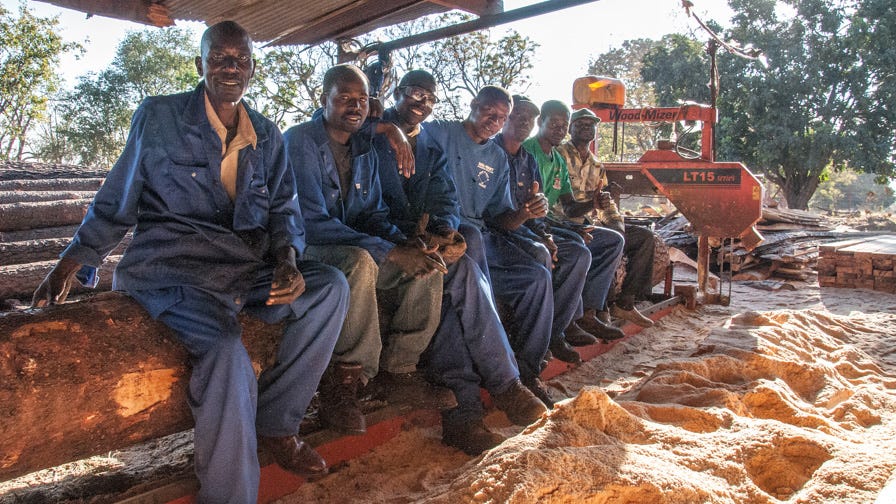 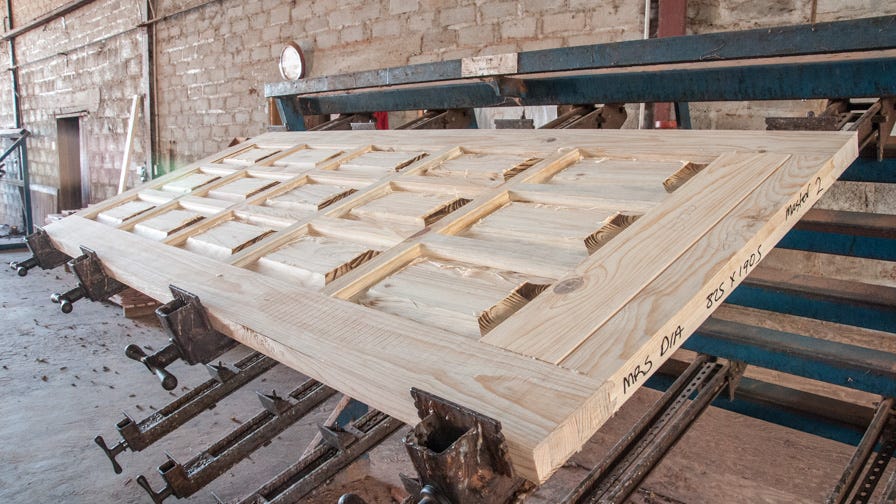 John’s idea for the honey project resulted from brainstorming what could become of the timber scraps from the woodworking shop. Again, he sought to find a higher purpose for an undervalued resource – scrap lumber could be used to build beehives.

The beehive project was started more than eight years ago. They learned a lot in the first few years, like how to hang the hives in trees to reduce the risk of theft, and contamination by termites and honey badgers. They also worked on the design of the hive to maximise honey cleanliness and ease of collection.

“What we’re trying to make is a beehive that is Africa-friendly,” John explains. “So the beehive is very different from a beehive you would see in America or Europe.”

Gradually, they developed a co-op business model to maximise the number of people who could benefit from the business, but also guarantee quality control and streamline distribution efforts of the final product.

“When we started out, we made a lot of mistakes,” John recalls, “But we have slowly gotten to the point where the system works. We call it a micro-franchise. The villager does what he can do, we do what we can do, others are doing marketing, and everybody wins.” 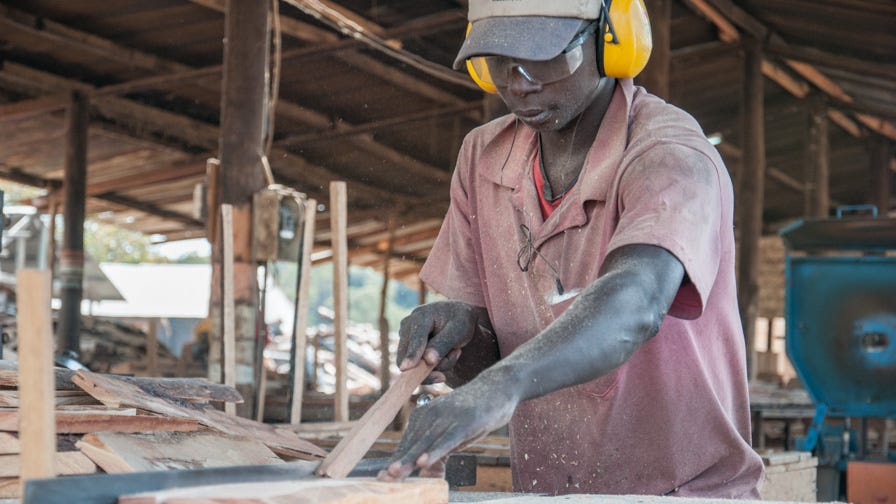 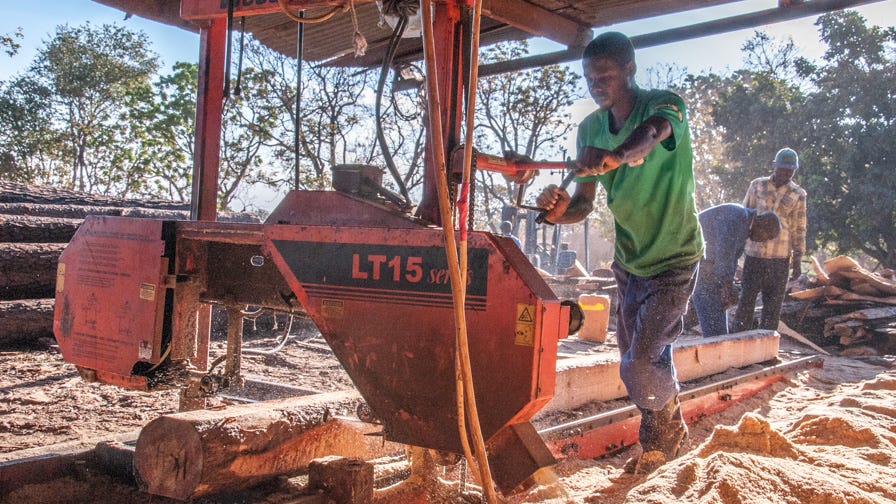 Participants with Bee Sweet Honey Company are villagers who are given a set number of beehives, and their principle responsibilities are to bait the hive and ensure it is not stolen. John explains that the ideal number of hives to be operated by a single individual is 25, but that some are operating as many as 250 hives.

John’s team visits the participating villagers twice a year in spring and autumn to harvest the honey and pay the participants based on the quantity of honey harvested. In 2014, more than £65,000 was paid out to participants. More will be paid out in the future as new hive owners bring in their first harvests, and others grow their existing number of hives. 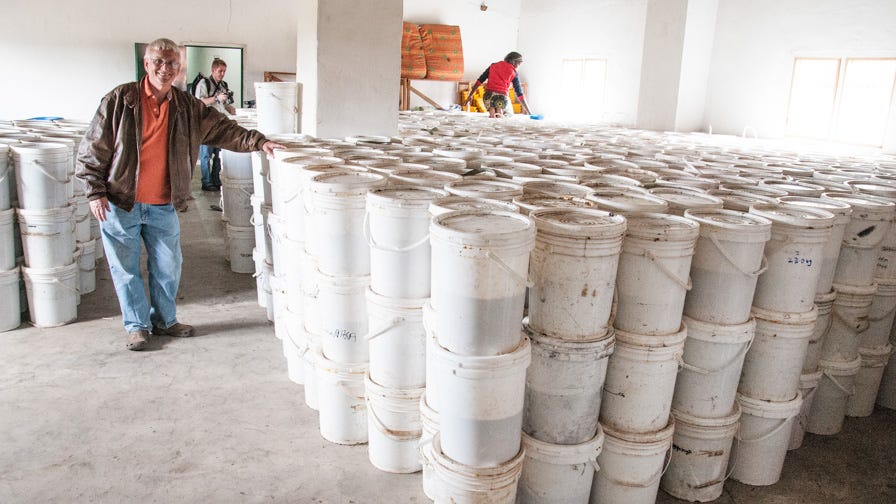 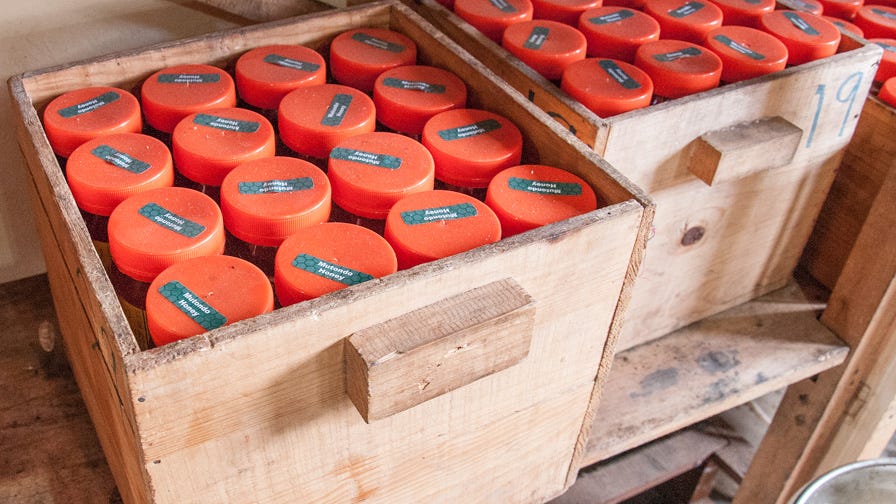 “We do not do beekeeping; we only do honey-gathering,” John shares. “As long as there are bees going in and out, you harvest it twice a year. It is a simple system, but then it allows them to send their kids to school, to put a tin roof on their house, and to have a decent living.”

John employs 18 fulltime workers in the beehive production workshop. The wood used for the beehives comes from the wood workshop and from cheap scrap logs that are locally sourced. The logs are split in half on the Wood-Mizer LT15 sawmill and then run through resaws to produce boards of consistent thicknesses. The fresh boards are then cut on chop saws to the required lengths. 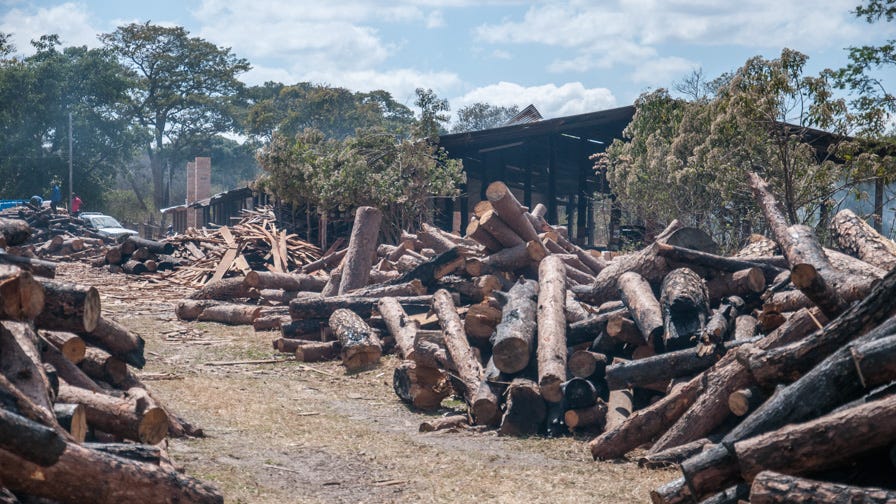 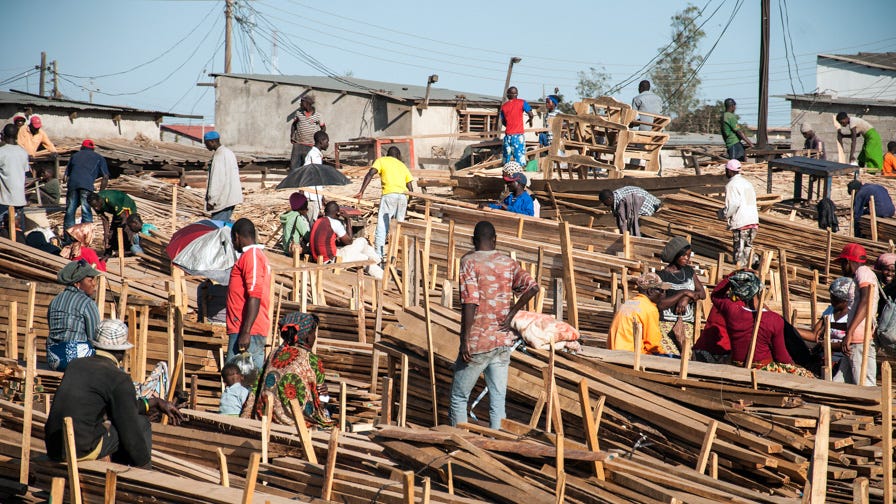 John insists that the importance of the small sawmill cannot be overemphasised. “All of this stems from the fact that the Wood-Mizer sawmills are giving us quality boards, cut to specific specifications, which allows us to make these hives. None of this would be possible without the sawmill. It is an essential link in a chain that has now become a substantial benefit to thousands of people.”

During the dry season, the boards are laid outside in the sun to dry out for two days, and then they are placed in a vertical jig and are glued on-edge to form the side panels of the hive. 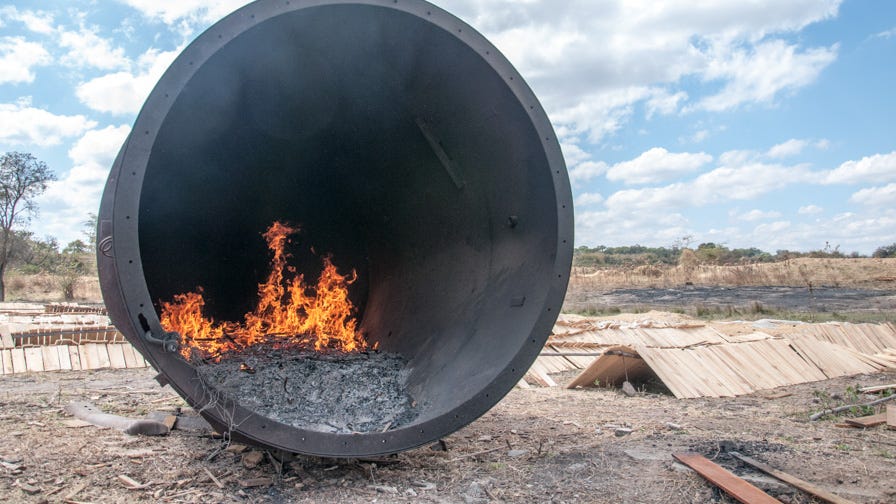 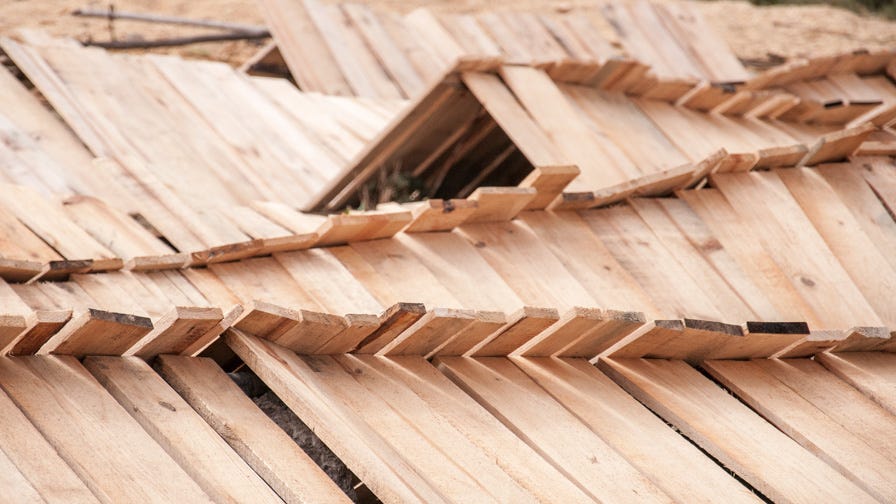 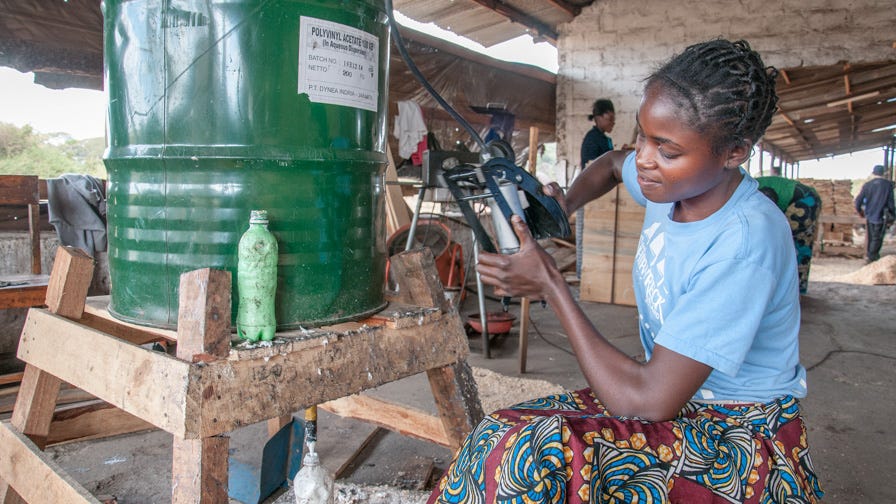 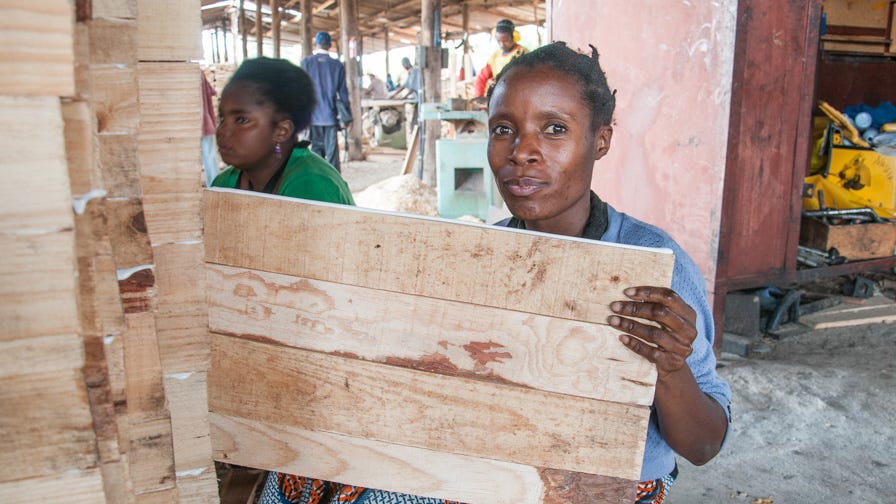 “The bees don’t care if it’s pretty,” John laughs as he demonstrates the gluing method. Then the various components are packaged for shipment. Final assembly of the hives is done after shipment to reduce shipping costs. A simple rope pulley system enables the hives to be raised and lowered from the ground, eliminating climbing.

Growth and the future

Although Bee Sweet has been producing honey for their local Zambian market for several years, they hope that real growth and greater profits will start when they obtain organic certification for their honey from the European Union, opening up international markets for the honey.

As of the summer of 2015, more than 10,000 individuals from all over northern Zambia are participating, and more than 50,000 beehives are now in the field. They have found that each hive will produce approximately 15 kilos of honey annually, which adds up to a lot of honey by the end of the year. Over one hundred tonnes was harvested in the spring of 2015, and it is hoped that much of it will be sold internationally; the remainder will be sold locally for lower prices. 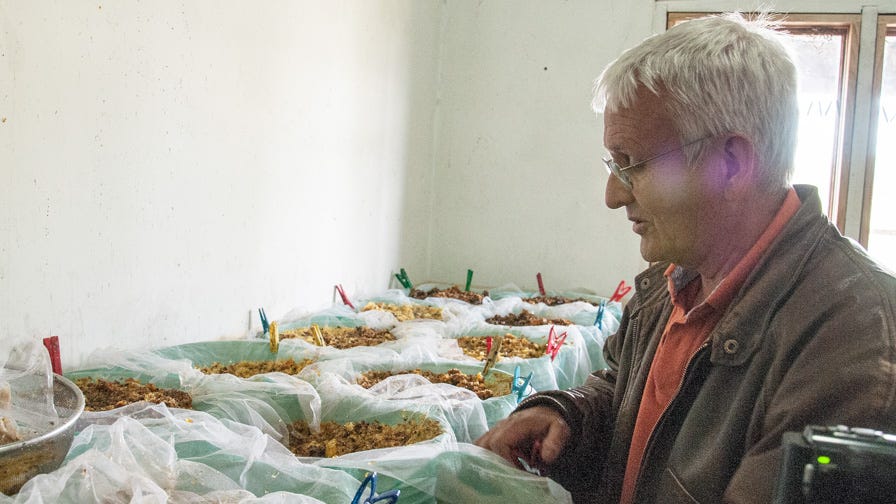 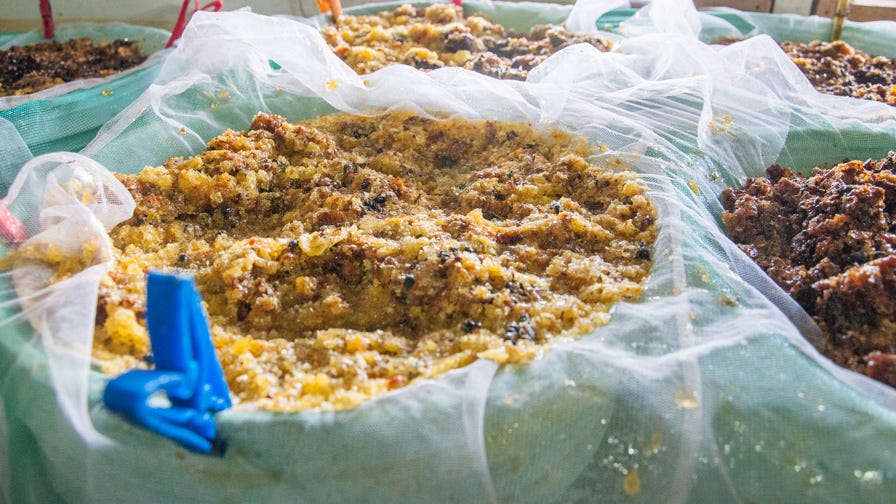 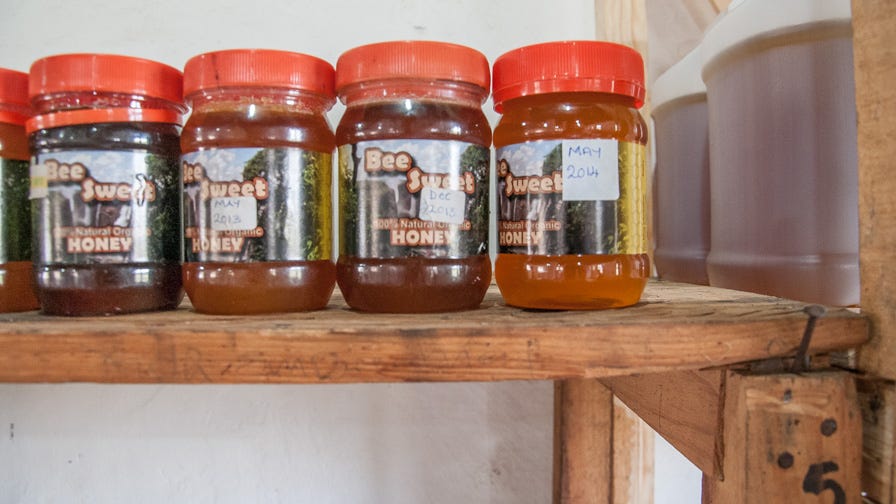 “The honey project is unique,” John remarks. “It allows a very simple person to produce organically certified honey that can be sold all over the world. [They are] now creating organic honey, and organic wax and is being paid accordingly – not charity. Very exciting!”

Currently, John’s workshop is capable of producing components for more than two hundred hives each day when timber supplies are available. They would like to be able to produce 500 a day, so they have purchased a new Wood-Mizer TVS twin-vertical sawmill that will help them double capacity.

“We would like to see other organizations take this technology,” John shares. “I could see the beehive project becoming a huge creator of wealth, empowerment, and a huge blessing throughout Africa.” John shares that that are groups currently replicating the honey project in Honduras, Ethiopia, Congo, and Malawi. 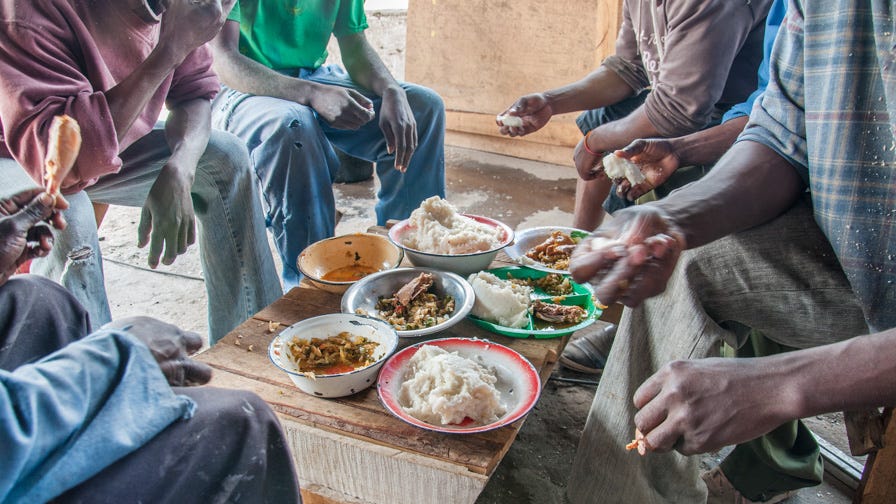 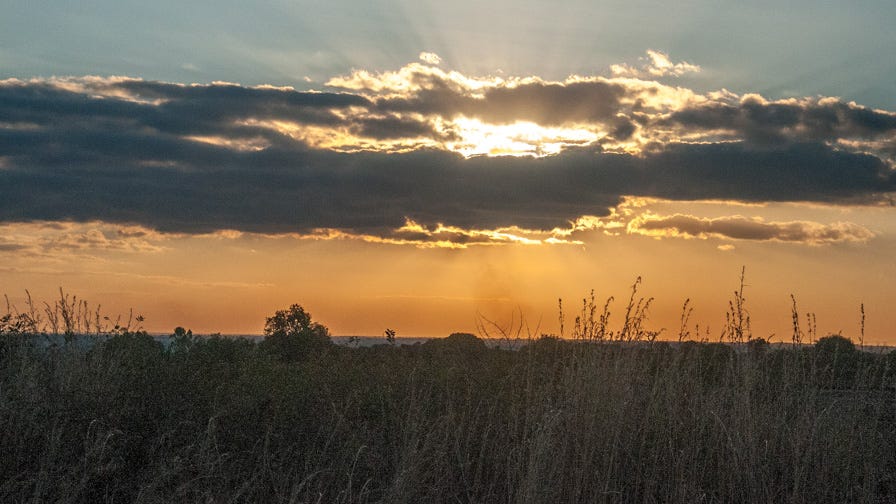